The more time we spend on social media, the more we need protection from people who might potentially harm us — we’re talking about stalking, online bullying and making private information go public without person’s permission and good will.

It happens more often than we’d like to admit it, and social media technicians realized the need to protect their users long ago.

Right now there are many things that you can do to people who bother you online, yet somehow people keep forgetting about these. In this article we’re going to tell you how to remove followers from Twitter — and that’s not the only thing you can do; you also can report them and block them before that. 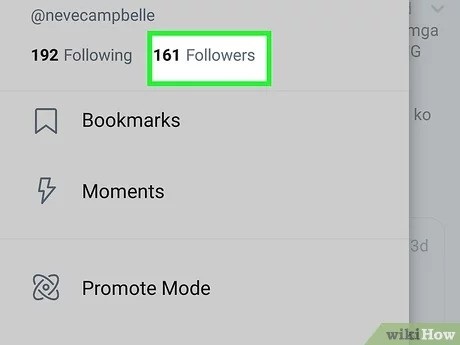 So, how do I remove followers on Twitter, you might ask? If you need to remove subs who do not reciprocate (or non subscribers) you should simply unfollow them yourself — if follow for follow isn’t working, quit using it while trying to bulk your account.

Yes. How? No matter if you need to remove subs with private accounts or with public ones, all you have to do is block this person. It will automatically make them unfollow you. This way a person will be able to see that you’ve blocked them.

If you want to remove suspended accounts from subscribers list and make them unaware of what you have done, you can block them and then unblock them.

This way they will no longer follow you, but they will have no clue that you have removed them yourself. If things go smoothly, they might even not notice it and forget about your account eventually as it will no longer be shown in their feed. 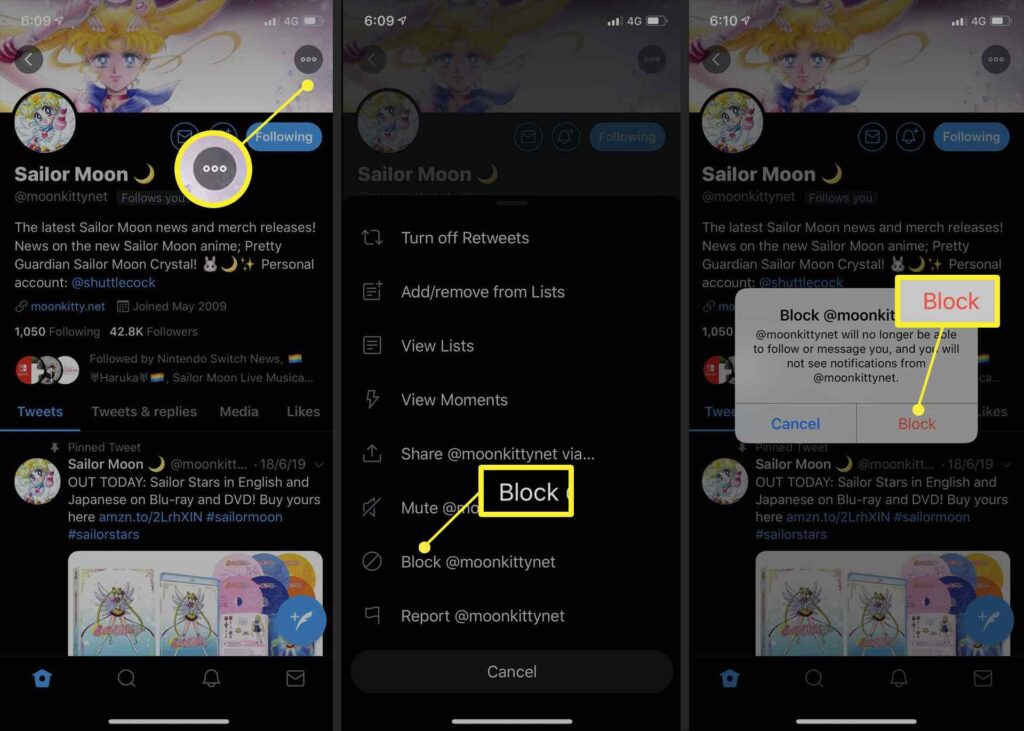 So now you know, how to remove Twitter followers on PC (or on the website, or on mac book, you call it), but is that any different on mobile? No: you still have to simply block (and then optionally unblock) a person if you want to remove them from your subs list.

The same goes to the situation where you need to remove dead followers off Twitter: it often happens so that people leave Twitter but don’t delete their accounts and are still subs to some people. What’s wrong with that, you might ask?

Well, if you aren’t bothered about your account’s statistics, then nothing, but if you’re trying to develop your profile, it might harm your statistics and make it seem like you aren’t really doing anything to make it.

That’s why you should regularly clean up Twitter followers to make sure that you have only active users on your subs list and you get rid of old and stall subscribers.

But how do I remove Twitter followers from my contacts? That’s a nice question. First you’d need to log in, then go to “settings and privacy”. There you will be able to find an option of discover ability and contacts and tap it.

Then you will see a button that will give you a chance to “remove all contacts”. A website or an app will offer you to confirm that action and after that all the contacts will be removed. No matter if you need to remove followers from contact on Android or on iPhone, the algorithm will stay the same as apps don’t vary in AppMarket and GoogleMarket. 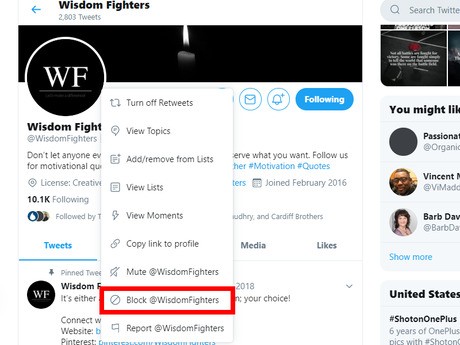 How to remove approved followers on Twitter? These are the subs that you have accepted earlier, but now, due to various reasons, you might find it unwanted and/or excessive/bothering.

That can be done the same way we were getting rid of followers on Twitter online: you can block and unblock them to make sure that these people won’t know that you’ve excluded them from your list.

How to remove recommended followers? These are the ones that Twitter throws at you as people who you might know and might like to read; there is a button at the top of each icon (cross) that you can press to make that profile disappear from your recommendations.

It’s important to make your online space free of excessive and unwanted information, so if you want to remove followers by hashtag that’s also an option. You’d have to make a search in your feed using the hashtag you don’t want to read anymore and then by hand get rid of all the subs who were using it.

You can also mute notifications that include a certain word or tag if you don’t want to remove people from your subs list completely.

How to drop remove followers on Twitter? This social media website doesn’t allow removing all followers from Twitter at once: if you need to exclude all of them from your list, you’d have to do it individually. Anyhow, if you want to start over, it would be more convenient to you to create a totally new account and forget about this one. 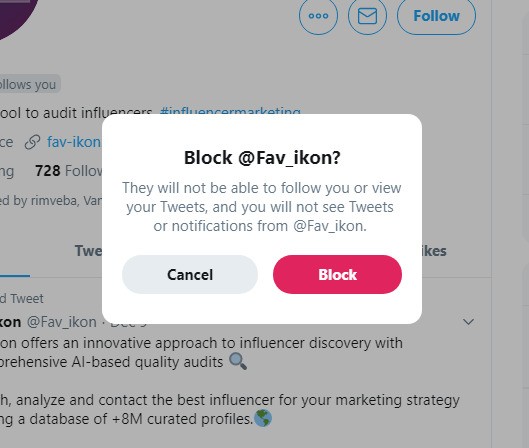 Can you delete followers on Twitter? The answer is yes, right now each existing social media website gives its users a possibility to form their own online environment and decide whether they want some people in their surrounding or not.

There is no way to auto delete — it’s either you’re removing them by hand, or using some kind of paid sites or an app to do that work for you. The fastest way to remove followers would be using special tools for this social media website, and the good news are that there are paid ones and free ones as well.

To delete fast and a large number of subscribers at the same time you can use CircleBoom, UnTweeps, Manaflitter, and we’re sure that there should be a couple more of those.

These are the best when it comes to a need to delete multiple Twitter followers at once; these programs have tons of options to offer, so if you’re interested in managing your Twitter profile sufficiently, you should check these out.

But how do you delete followers from Twitter? Here’s a short script of what should you do to hit that goal: if you want to delete unwanted followers from Twitter, all you really have to do is find these subs by hand, block them and then unblock them (if you don’t want these people to know that you have moved them to your “black list”).

These simple actions will permanently remove certain followers from your subs list and will make you free from unwanted attention or some kind of harm that might come from these people. 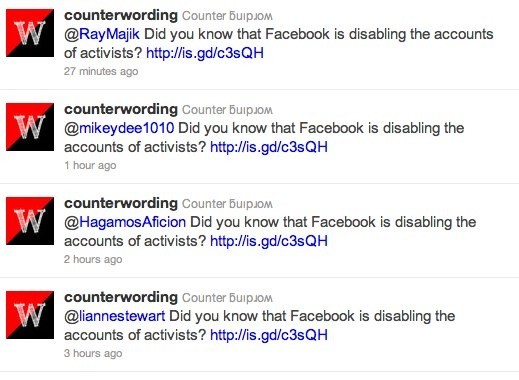 If you need to delete bot followers on Twitter, you can either use a third party service (paid or free one) to firstly audit your subscribers list, figure out which ones of them are fake and bot ones, and then you’ll be able to purge your subscribers list and get rid of all the inactive and fake pages that were found there.

It means that you’re going to lose followers, but don’t worry: fake profiles don’t bring any benefits and can harm and down your statistics a bit. You can even delete all these fake subs at once and it’s going to be way better than to keep them on your count no matter what.

How to delete inactive followers on Twitter? If you’re the person who’s worried about their statistics on this social media website, you might want to figure out how to find and remove inactive subs.

Well, Twitter itself doesn’t give any tools to do this, which is why you have to turn for paid services and paid websites: first you’d need to find a program or a specialist (or you can do it yourself) who will check what type of accounts are subscribed to your page. We have previously given you example of paid programs that can help you manage your profile: you can try to use them or find yourself other alternatives.

Then you’d need to get rid of inactive followers on Twitter by hand — blocking and unblocking them will work great. If you don’t want to waste time on removing these subs by hand, you can find a website or a service that will do that for you and will delete all inactive followers from your Twitter.

How to remove fake followers on Twitter is a question that has to be answered if you’re worried about your account’s statistics: you can do it for free only by hand, gradually going through the list of subs that you have and figuring out whether this sub is fake or an actual human being.

Of course, you can always take on help from a professional account manager: they will easily and quickly remove fake followers without you having to bother about it. First they will go through all your subscribers, gathering some kind of statistics about them (there are tools that allow to collect all the data about subs, including their contacts and the data of the last tweet), and then after the list of fake fans will be created, they will remove all fake followers that were weighing your account down.

There is also a great tool named Twitter Audit that can do all of the above without you having to turn for help from other people. Delete all fake followers by yourself, plus figure out your statistics and your account’s potential!

If you don’t want to work with a specialist you can always try to manage things yourself:you can use Google Chrome Extension to remove Twitter subs (try Twitter Follower Blocker or its analogues), or you can look up apps that remove fake fans on this social media website (for example, FakersApp).

We are here not to recommend you particular services, but to tell you about the possibilities, which is why we won’t give you lists of programs and services that can find and delete fake followers.

If you need to know how to remove thousands of fake Twitter followers, we’d say that the best way to do so would be using a Google Chrome Extension that we’ve talked about previously. If you want the fastest deletion, you should turn for paid websites or services though.

Right now quality and time always means investing some money into the process. And you could always use some API console command to figure out fake fans and get rid of them later: but this option is valid only if you’re into programming and familiar with Python. 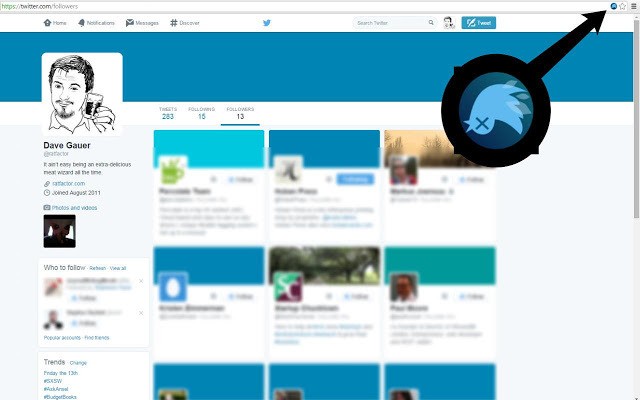